Will rising interest rates lead to a housing market crash? 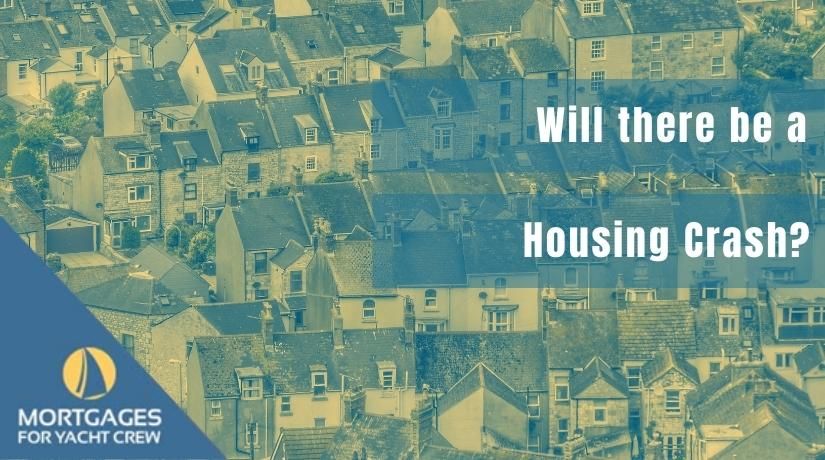 With the rising cost of living dominating every headline recently, there is understandably widespread speculation about whether the inflated housing market is likely to crash in response, especially as interest rates continue to rise.

Since the start of the pandemic, house prices have seen double-digit growth across the country, not just in London and the South-East as was the norm in previous property market trends. This has seen house values even out nation-wide, consequently enabling more people to move and limiting the over-valuing of property. As house prices have continued to rise, home-owners have more incentive to sell up or remortgage to release equity and upgrade their home. With demand for property in more rural areas pushing prices up, older homeowners are also taking the opportunity to downsize, release equity and move closer to their families.

Another pandemic-influenced change is that more people are working from home which has given them cause to re-evaluate their housing needs. Living close to the office is no longer a necessity, but having more room and outdoor space are. This is stimulating sales and purchases as people move out of cities, hoping for a better quality of life, and first-time buyers cast a wider location net for their first home search, able to buy in cheaper areas.

However, despite this, only 1 in 17 privately-owned homes were sold last year which means there are a lot of people still planning to move. While the market is likely to slow down towards the end of the year, it is proving to be more resilient than expected, suggesting a housing crash is unlikely, with a continued shortage of housing stock and high demand for properties.

Lenders have also learned from previous housing market crashes and make more stringent checks on potential buyers than they used to. In 2007, a large percentage of home buyers didn’t have to prove their income to the bank, and many had very small deposits. This artificially pushed prices up, and when the global financial crisis of 2008 hit, prices fell sharply as they were misaligned with incomes and many homeowners found themselves in negative equity. The market is therefore much better placed to survive the cost of living crisis and rising interest rates, making the likelihood of big price falls much lower than it used to be.

Evidence suggests the property market boom may now have reached its climax with record petrol and energy prices, and rising tax and inflation leaving households with less disposable income to spend on buying houses. Property prices increased by around 10% which also made buying a first home difficult, but latest data shows prices have started to fall slightly over recent months. If demand now also slows down and people have smaller deposits, house price growth could fall further, especially as mortgage providers are expected to reduce lending. There is evidence to suggest that the slowdown is already happening, with fewer new buyer enquiries and mortgage approvals down to below pre-pandemic levels.

As interest rates rise, homeowners on a fixed term mortgage, may choose to switch to another product if their rate is about to end, to lock in a deal while interest rates are still relatively low.

Taking all of the factors into consideration, a crash does seem unlikely, although it is expected that the housing market will continue to slow down as the cost of living crisis really hits home.