The Rising Cost of Mortgages 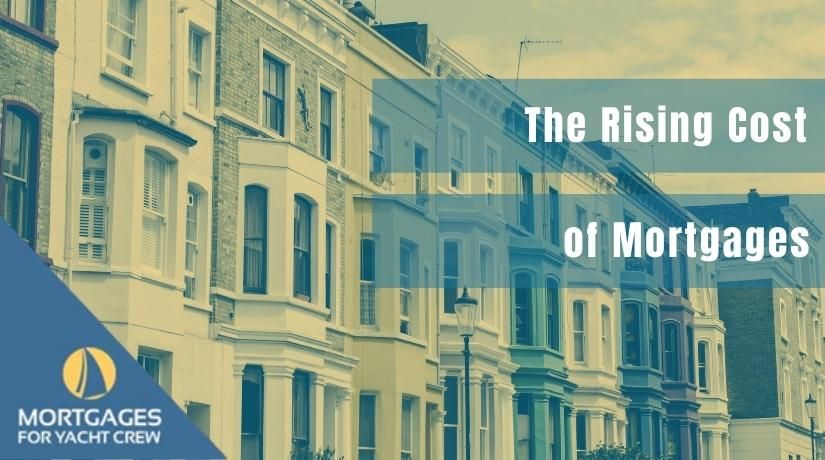 As the Bank of England continues to increase interest rates to tackle rising inflation, Rishi Sunak has warned homeowners that their mortgage payments could potentially go up by £1,000 if they haven’t got a fixed rate deal in place.

With speculation that interest rates could go up to 2.5% in the next year, the Chancellor has advised his cabinet that they should avoid extra borrowing to fund public spending or risk further inflation when they should be focusing on reducing the deficit to keep interest rates low.

With the cost of living crisis deepening, there is real pressure for the government to do more to help people, but Sunak is cautious about exacerbating the problem and is trying to hold off until his autumn budget when energy bills are forecast to rise by up to 40%.

The Bank of England’s target for inflation is to keep it at 2%, however, it is currently much higher than this and to lower it, the bank increases interest rates to slow spending by making it cost more to borrow money. Unfortunately, the impact of doing so doesn’t happen immediately, and inflation is expected to peak at 8% in the next month.

If the Bank of England increases interest rates, mortgage costs rise in response. When you take out a mortgage, you will have to pay interest on the money you have borrowed from the lender as they in turn have to pay more to borrow the money to lend you.

Most mortgage products available now are fixed – where the interest rate is fixed for a term (e.g. 2 years). However, if your mortgage is variable, then the rate will change whenever the Bank of England changes its base rate and this will make your monthly payments go up.

Sunak claims that for every additional percentage point, costs of a typical mortgage can increase by £700. Therefore, anyone who has not secured a fixed rate deal already, may see their mortgage payments go up a lot in the next year.

Mortgage interest rates are also influenced by other factors, such as how much of a risk you are to lend to. Fixed rates will take into consideration any anticipated base rate rises over the fixed period and are set to allow for this which is why they are rarely the same as the base rate.

If you are on a variable rate (most often the lender’s Standard Variable Rate), it is worth talking to one of our mortgage advisers about your options for fixing a rate now before rates increase much further to protect yourself from spiralling monthly mortgage payments. Similarly, if your fixed rate term is coming to an end in the next few months, it is also worth getting in touch now to explore the best rates you could move your mortgage on to while fixed term products remain relatively low.